Daimler India Commercial Vehicles (DICV) has celebrated the fifth anniversary of the launch of BharatBenz, a range of trucks tailored to the Indian market and for export to other developing markets, including in the Middle East.

Since September 2012, DICV has delivered more than 55,000 BharatBenz trucks to customers across India, and the brand has broken through into double-digit market share in recent months and risen to become number three in heavy-duty trucks in the country. 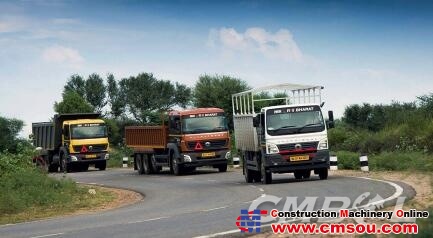 The BharatBenz brand was first established in 2011 in a bid by Daimler to enter a tough commercial vehicle market dominated by well-established domestic brands, launched in 2012 and saw the first models shipped out by DICV from the facility in Chennai in 2013.

DICW has recently also developed a sub-nine-tonne truck specifically for the Middle East that is now set for launch in Q3 2017.

The Chennai plant was established with an initial investment of $695m and is the only Daimler plant worldwide to produce three brands – Mercedes-Benz, BharatBenz and Fuso – under one roof.

It also features a modern test track designed to simulate harsh developing market conditions, making it one of the first such plants in Asia to do so.

In 2015, Daimler then invested a further $67m in a bus plant at the 160-hectare Oragadam facility to deliver an initial annual capacity of 1,500 units, with potential for expansion to up to 4,000 units.

Reflecting persistent strong order intake and expectations of significant growth in 2017, DICV has now also taken the decision to add a second shift at its truck plant in Oragadam near Chennai.

The increase in output will cater to expected further growth in DICV’s export business, whichhas sold more than 10,000 trucks since 2013, and will serve 40 markets in Asia, Africa, Latin America and the Middle East by the end of the year.